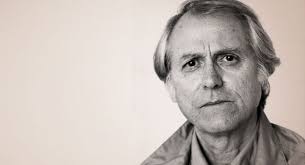 I have been fascinated with the three Brontë sisters – Charlotte, Emily, and Anne – ever since I first read Jane Eyre in my high school days.  Even then, my voracious appetite led me to read all of their novels.  When I started an English degree in order to do graduate work, the first class was in the summer before the full semester started.  The second class I took was on British Women Writers.  The class was intense.  We read everything by the Brontës, along with all of Jane Austen, George Elliot, and Elizabeth Gaskill.  This reading regimen exactly fulfilled all I had hoped for in my new adventure.  When I saw a review of a Brontë biography by Deborah Lutz, The Brontë Cabinet: Three Lives in Nine Objects I put everything else I was reading aside.  Deborah is a Professor of English at Long Island University, and she lives in Brooklyn, New York.  She has written several books on the Victorian period.

Each of the nine chapters delves into the personal lives of the three sisters by way of examining a variety of objects they used every day.  The chapters include “Tiny Books” – my favorite – “Keeper, Grasper, and Other Family Animals,” and “The Alchemy of Desks.”  Along with detailed descriptions in the nine chapters, is an array of photographs of the objects.

In the “Preface,” Lutz writes, “The Brontës scribbled, doodled, and inscribed in their books – stuck plants, drawings, visiting cards in them – making their presence manifest.  Some of these well-used volumes transmitted even more than evidence of reading; they had a certain secret to them, which seemed to my nose, a fleshy smell.  I was lucky to be able to touch (often without gloves), turn over, bring close, and even sniff the things I handled in libraries and museums” (Preface xxii).  Few things give me more pleasure than opening a new book and drinking in the wonderful aroma of paper and ink.  In the “Tiny Books” chapter, Lutz adds, “The Brontës felt an intimacy with these closely handled books, made by their own limbs and clothed with materials familiar from the kitchen or the parlor.  This closeness of the body and the book was an ordinary feature of daily life in the nineteenth century, a relationship no longer obvious today” (23).  I blame e-readers for the loss of the tactile sensations when holding a finely made new book.

In the chapter on “Family Animals,” Lutz explains, ‘For Emily, animals weren’t pets so much as they were family” (105).  I can visualize Emily talking to her beloved Keeper as he cocks his head to one side, as our beloved Lab often does.  The chapter has a drawing which “Emily immortalized [Keeper] in an expressive pencil portrait she did in January 1834” (115).  This pencil drawing is included, along with the color pictures of his collar and a watercolor, also by Emily, of Keeper without his collar.

Deborah Lutz has written a warm, lovely, and informative look into the secret lives of Anne, Emily, and Charlotte Brontë.  The Brontës Cabinet: Three Lives in Nine Objects is a delicious and wonderful trip to Haworth Parsonage in the middle of the 19th century.  Take a walk on the Yorkshire moors and feel their presence.