A Gentleman in Moscow by Amor Towles

Numerous friends have urged me to review A Gentleman in Moscow by Amor Towles.  As the pressure increased, I slowly moved it forward on my TBR pile, then, after reading this wonderful story, I asked myself, “What took you so long?”  Towles has penned a superb story filled with humor, pathos, and thrills galore.  This is his second book—a New York Times best seller Rules of Civility was his first.  I bet you can guess what comes next.

Count Alexander Rostow was a nobleman in the waning days of Tsar Nicolas II and the Romanov family.  Alexander was in Paris with his sister when the revolution began.  He immediately returned home.  In 1922 he was hauled before “The Emergency Committee of the People’s Commissariat for Internal Affairs.”  The Count expected to be shot, but some high party officials recognized him as “among the heroes of the prerevolutionary cause.  Thus, it is the opinion of this committee that you should be returned to the hotel of which you are so fond.  But make no mistake: should you ever set foot outside of the Metropol again, you will be shot.” (5).  Despite this ominous beginning, about a third of the novel is full of humor, jokes, literary references, and lots of pleasant dining with gallons of wine and meetings some with old friends.

Alexander was escorted from the trial venue to the hotel and his room.  Towles writes, “On the third floor, the count walked down the red-carpeted hallway toward his suite—an interconnected bedroom, bath, dining room, and grand salon with eight-foot windows overlooking the lindens of Theatre Square.  And there the rudeness of the day awaited” (10).  The Count was given a room in the attic of the hotel.  Towles continues, “Among the furnishings destined for his new quarters, the Count chose two high-back chairs, his grandmother’s oriental coffee table, and a favorite set of porcelain plates” (11).  He hardly had room for a picture of his sister, a leather case, and a few odds and ends.

While dining one day, a young girl in a lemon yellow dress began staring at the Count, and slowly she befriends Alexander.  The two become close friends, and they enjoy games and discussions.  Nina raises the subject of what is a princess.  Towles writes, “‘I would be ever so grateful, […] if you would share with me some of the rules of being a princess.’  ‘The Rules? […] But, Nina,’ the Count said with a smile, ‘being a princess is not a game.’ Nina stared at the Count with an expression of patience.  ‘I am certain that you know what I mean.  Those things that are expected of a princess” (49). 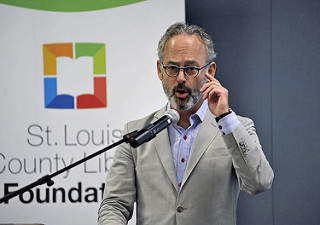 On one of their adventures, Nina and Alexander sneak into the balcony during a conference to listen to a meeting of a trade union.  Towles writes, “Here indeed, was a formidable sentence—one that was on intimate terms with the comma, and that held the period in healthy disregard.  For its apparent purpose was to catalogue without fear or hesitation every single virtue of the Union including but not limited to its unwavering shoulders, its undaunted steps, the clanging of its hammers in summer, the shoveling of its coal in the winter, and the hopeful sound of its whistles in the night.  But in the concluding phrases of this impressive sentence, at the very culmination as it were, was the observation that through their tireless efforts, Railway Workers of Russia ‘facilitate communication and trade across the provinces’” (68).  Someone is in dire need of an English teacher.

Amor Towles fantastic and absorbing novel, A Gentleman in Moscow is hard to lay aside.  You will not soon forget this story.  10 Stars