My Name is Lucy Barton by Elizabeth Strout

At the urging of several friends, I began Elizabeth Stroudt’s novel, Olive Kitteridge.  I barely made it to page 20 before I invoked the rule of 50.  This was 2011, and about 4 years later, I came across Kitteridge as a movie starring Frances McDormand, an actor I greatly admire.  So, I decided to have another go at Olive, and I loved it.  Now my book club has pressed upon me My Name is Lucy Barton.  This time, I was determined to get through to the end.

Lucy Barton was admitted to the hospital for an appendectomy, but side effects lengthened her stay to almost nine weeks.  Her husband occasionally visited, but it wasn’t until her mother arrived to stay at her bedside that things really began to percolate.  Lucy had come from a poor family in Amgash, Illinois.  The other children teased her unmercifully about her clothes, her family, and her body odor.  Lucy spends most of her time in the hospital musing over her life.  At first, I thought this would be boring, but it did take an interesting turn.

Lucy describes her childhood, “Until I was eleven years old, we lived in a garage.  The garage belonged to my great-uncle who lived in the house next door, and in the garage there was only a trickle of cold water from the makeshift sink.  Insulation nailed against the wall held a stuffing like pink cotton candy, but it was fiberglass and could cut us, we were told.  I was puzzled by that, and would stare at it often, such a pretty pink thing I could not touch; and I was puzzled to think it was called ‘glass’; odd to think now how much time it seemed to take up in my head, the puzzle of the pretty pink and dangerous fiberglass we lived right next to every minute” (22).

Strout writes about Lucy’s thoughts of her sister, “How Vicky managed, to this day I don’t know.  We were not as close as you might expect; we were equally friendless and equally scorned, and we eyed each other with the same suspicion with which we eyed the rest of the world.  There are times now, and my life has changed so completely, that I think back on the early years and I find myself thinking: It was not that bad.  Perhaps it was not.  But there are times, too – unexpected – when walking down a sunny sidewalk, or watching the top of a tree bend in the wind, or seeing a November sky close down over the East River, I am suddenly filled with the knowledge of darkness so deep that a sound might escape from my mouth, and I will step into the nearest clothing store and talk with a stranger about the shape of sweaters newly arrived.  This must be the way most of us maneuver through the world, half knowing, half not, visited by memories that can’t possibly be true.  But when I see others walking with confidence down the sidewalk, as though they are completely free from terror, I realize I don’t know how others are.  So much of life seems speculation” (14). 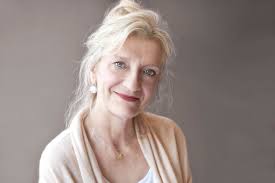 This dysfunctional family communicates poorly, and it seems to have parents unable to express any but the most obscure grains of affection.  Elizabeth Strout’s My Name Is Lucy Barton is an interesting journey of introspection for Lucy.  This time I am glad I ignored the “Rule of Fifty.”  4-1/2 Stars