Dinner with Edward by Isabel Vincent

One of my favorite reads of 2017 was Our Souls at Night by Kent Haruf.  This tender story is of a widower and a widow who develop a close bond.  I never expected to come across a similar story of a man in his 90s and a woman about half his age.  Dinner with Edward by Isabel Vincent proved to be every bit as tender, as the two dealt with their own losses.  Edward lost his wife, and Isabel suffers from a traumatic divorce.  This touching story is true.  Vincent is an investigative journalist who writes for The New York Post.  She is a Canadian citizen graduated from the University of Toronto, and she has authored several books.  Edward happens to quite a good chef.

Isabel meets with a long-time friend, Valerie, and she opens up to her friend that her 90+ year-old father is slowing wasting away.  His wife has recently died, and Edward is inconsolable.  Valerie asks Isabel—now living in New York—if she would mind checking up on him from time to time.  Edward has decided he would rather die than spend his remaining years alone.  Vincent writes, “I don’t know if the temptation of a good meal did it for me, or if I was just as lonely that even the prospect of spending time with a depressed nonagenarian seemed appealing” (4).  Isabel agrees, and the wheels of this beautiful story begin to turn.

At first, Isabel felt a bit nervous.  She writes, “In the beginning I would invariably arrive at Edward’s apartment with a bottle of wine.  ‘No need to bring anything, baby,’ he said, although I often ignored the advice, finding it difficult to show up for dinner empty-handed. // And there was no need to knock on the door or ring the doorbell, Edward told me.  He always knew when I was coming because the doorman would call up to his apartment when I walked through the front doors of his building” (5).  She writes, “I could never have imagined that meeting Edward would change my life” (4).

Each chapter begins with a menu for the evening.  At first the meals tended slightly away from simple.  For example, the first mean included “Grilled Sirloin Steak, Sauce Bourguignonne, New Potatoes, Chocolate Soufflé, Malbec” (5). 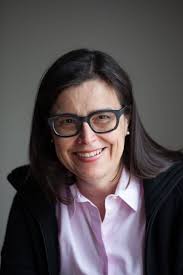 Naturally, the conversation revolves around the personal events in their lives.  Edward explains, “‘I’m a man who loves women, for all the obscure reasons as well as the obvious ones’, Edward wrote to me in a letter shortly after we met.  ‘Their femininity, their charm, desirability, delicacy, warmth, beauty, tenderness and on and on—a list too long to record.  But I have only been in love with one woman all my mature life” (29).  “I wouldn’t have lived this long without her” (29).  Edward met Paula in a Greenwich Village theater in 1940.

Dinner with Edward by Isabel Vincent is a truly moving story of two lonely people developing a close and wonderful bond.  Read this novel and see if you can increase the romance in your life.  5 stars.