Novels involving writers, books, libraries, and bookstores have long fascinated me.  In The Bar Harbor Retirement Home for Famous Writes (and  Their Muses), Terri-Lynne DeFino has blended much of this literary lore into an interesting and fun read.  According to the jacket, DeFino was born and raised in New Jersey, but she moved to Connecticut where she lives with her husband and her cats.  She wrote a series of genre romance novels, and this is her first literary novel.

Cecibel is a young woman who survived a horrible auto crash, which left one side of her face seriously disfigured.  She is self-conscious about her wound, and she tries to hide it with a “Veronica Lake hair style.”  She works in the Bar Harbor Retirement Home.  Cornelius Traegar was a wealthy writer, and he developed the idea of the Bar Harbor home.  Only those with a background of writing, editing, and other literary pursuits are eligible.  When Cornelius dies, he leaves his exquisite private suite to his friend, Alfonse Carducci.  Alfonse pursued, and is pursued by many women, including several women now residing at Bar Harbor.  Cecibel admires Alfonse and she develops a crush on him.  Olivia is a well-known novelist who resides at Bar Harbor, where she self-medicates with marijuana to relieve a seriously painful condition.  This novel has some wonderfully funny passages.

Dr. Kintz watches over his patients who could, at times, be cantankerous.  DeFino writes, “‘If you insist on calling me Olivia,’ Mrs. Peppernell said evenly, ‘I shall call you Richard.  Or Dick, if that is your preference.’ // ‘Would it make you happy to call me Richard?” // ‘It would make me happy if you would use the title I earned with sixty-two years of marriage.  And it would make me even happier if you would stop speaking in the royal ’we.’  Now go away, Dick.  I am finished being monitored for today’” // ‘Good day.’  He bowed his head.  If he glanced Cecibel’s way, she didn’t know.  She turned her face to the wall before he could.  […]  Poor Dr. Kintz.  Only a week in the Pen and he still had no idea what he was in for.  Those who left made sure not to tell.  Those who stayed knew better. // ‘Fetch my medicine, will you dear?’” (2).  The “Pen” is the nickname the residents adopted. 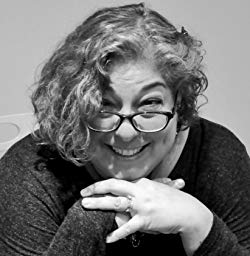 When Alfonse arrives, he locks himself in the magnificent suite left to him.  Mrs. Peppernell is his fist visitor.  DeFino writes, “‘You have to open your door sooner or later, Alfie.  You know better than to hope I’ll just go away’ […] Laboring to the door, he took deep, even breaths.  He rested his hand on the knob.  Shoulders as straight he could get them, he opened the door.  ‘Livy.’  Her name gushed out of him in a breath he hope she heard as the joy it was, and not his failing lungs.  ‘You gorgeous creature.  Come in, come in.’ // Old.  So old.  Weren’t they all?  But Alfonse saw her still that menace with the red hair and whipcrack blue eyes, transposed over the frail frame.  He recalled curves and softness and a willingness to let him explore every lovely inch” (10).

Of course, his friends all wondered if Alfonse had one last great story in his waning days.  Terri-Lynne DeFino’s Bar Harbor Retirement Home for Famous Writers (And their Muses) is as charming and fun a read as anyone could want.  5 Stars