I really enjoy novels with a psychological undertones.  As the character unwinds his or her mental ordeals, it is absorbing reading to experience the trauma such a character undergoes to conquer their demons or the tragic ending evidenced by an inability to cope.  The opening lines of Gail Honeyman’s debut novel, Eleanor Oliphant Is Completely Fine, do not portend an easy recovery, but perhaps worse, a tragic ending.

However, this is a story of a woman fighting all those demons to reassemble her life after a tragic act perpetrated by her mother.  The novel opens, “When people ask me what I do—taxi drivers, hairdressers—I tell them I work in an office.  In almost nine years, no one’s ever asked whether that’s because I fit perfectly with their idea of what an office worker looks like, or whether people hear the phrase work in an office and automatically fill in the blanks themselves—lady doing photocopying, man tapping at a keyboard.  I’m not complaining” (3).  My first impression sounded an alarm of ennui, but something held me captive and I began turning pages.

Honeyman continues, “I’m thirty years old now and I’ve been working here since I was twenty-one.  Bob, the owner, took me on not long after the office opened.  I suppose he felt sorry for me.  I had a degree in Classics and no work experience to speak of, and I turned up for the interview with a black eye, a couple of teeth missing and a broken arm” (3).  My intrigue meter shot up, and I started reading with only a bit of concern, since this was a debut novel.  A couple of hours later, I was fully invested.  This turned out to be a suspenseful story of a young woman coming to terms with her life following a tragic fire.

As you might expect, Eleanor spends much time and effort in examining her life, and what she might be able to accomplish.  Honeyman again, “I have always taken great pride in managing my life alone.  I’m a sole survivor—I’m Eleanor Oliphant.  I don’t need anyone else—there’s no big hole in my life, no missing part of my own particular puzzle.  I am a self-contained entity.  That’s what I’ve always told myself, at any rate.  But last night, I’d found the love of my life” (7-8).  I felt as if I was listening in on a patient therapist discussion. 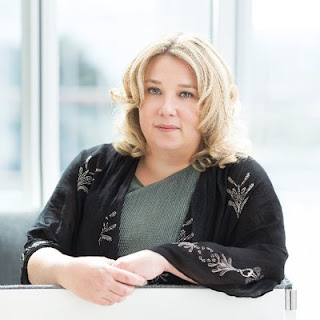 Eleanor turns out to be an erudite individualist, and her sprays of literature made me want to cheer her on.  Gail writes, “I was crying.  Sobbing!  I hadn’t cried so extravagantly for years.  I tried to remember the last time; it was after Declan and I split up.  Even then, those weren’t emotional tears—I was crying with pain because he’d broken my arm and two ribs when I’d finally asked him to move out.  This simply wasn’t [], sobbing in the kitchen of a colleague’s mother.  Whatever would Mummy say?  I pulled myself together.  //  ‘Please don’t apologize, Mrs. Gibbons,’ I said.  My voice croaking and then splitting like a teenage boy’s as I tried to calm my breath, wiping my eyes on the tea towel.  She was literally wringing her hands and looked on the verge of tears herself.  Raymond had his arm around her shoulder” (94-95).  Eleanor is a strong woman, and she seems to have ready in reserve the strength for what she needs to do to sweep away those demons.
Incidentally, this novel comes to me from England, so the syntax and diction are clearly from the British Isles.  Eleanor Oliphant is Completely Fine by Gail Honeyman is a story that will have you turning pages to cheer her on.  5 Stars.