When I first saw Ann Hood’s new novel, She Loves You, Yeah, Yeah, Yeah, I thought the cover looked a bit peculiar.  I started to read, and in the first page, I realized it was a YA novel.  I have too much admiration for Ann to give up, and I am so glad I did not.  This fun story, of a girl obsessed with meeting Paul McCartney, brought back lots of memories when I first heard of the “Fab Four.”

I have read four of her novels, and all have been wonderful experiences.  This YA novel proved to be as much fun as the others.  Trudy Mixer, a young teen, hatches a plot to meet Paul, when her father’s gift of four tickets to a Boston Concert melts away, because he must fly to Japan on a business deal.  Trudy hopes her mother can drive her and her girlfriend to the concert.  The plan completely melted away when her mother fell and broke a leg. Trudy is the president of the Beatle’s fan club at her middle school.  Getting to the concert becomes her number one priority.  Trudy enlists the help of her last three members of the fan club, as interest in the Beatles is lost to a group of cheerleaders.  Never the less, she persists in her plan to meet Paul.

The chapter numbers are followed by a Beatles’ song.  “Baby, You Can Drive My Car” describes Trudy’s attempt to get her mother to drive her six hours away, despite the fact her mother rarely drives any further than local stores (84).

Trudy also suffers teasing, when the kids find out her real name is Gertrude.  As is true with most teens, she seeks a “BFF,” and Michelle fills that slot.  Here is the plan to finalize her friendship.  Hood writes, “Here are things I know: 1. Michelle’s mother always drops her off at school on Wednesday mornings because that was the day Mrs. Bee worked in her father’s office. […] 2. Because Mrs. Bee had to be at the office by 8:30, Michelle got to school early on Wednesdays usually between 8 and 8:15. 3. No one liked to get to school early. 4. Therefore, Michelle usually hid in the library until the first bell rang at 8:30.  5. If I got to school by 7:59 and went straight to the library I would get Michelle all to myself for fifteen to thirty minutes” (65-66).  We might have a budding stalker here. 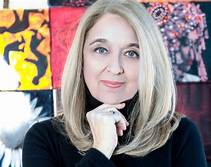 Ann Hood has never disappointed me.  And even though this was a Young Adult novel, I did enjoy the antics of Trudy, Michelle, and the other members of The Robert E. Quinn Beatles Fan Club.”  Without actually spoiling the ending, I will tell you that Trudy and her friends had a wonderful evening.  She Loves You, Yeah, Yeah, Yeah! is a story any middle-schooler would enjoy.  I suspect this story might be firmly based in reality.  As the dust jacket points out, “Ann has loved the Beatles ever since she saw them on The Ed Sullivan Show when she was seven.  Paul is still her favorite Beatle.  5 stars.