I try to avoid repeating author’s too closely together for Likely Stories.  This becomes particularly difficult when one of my favorite authors pops up.  However, in the case of Upstream: Selected Essays by Mary Oliver, I decided to break the rule.  These essays are almost poems in themselves, and I have discovered another side to the poet.  Nature is much more than a theme for most of her poems, rather it is closely held and dynamic aspect of her work.  I said the when I reviewed Swan, I considered her a poetry soul mate.  Upstream has reinforced that belief.

I freely admit Emerson is not a favorite of mine, but Oliver has turned my head in a less-than-12-page essay.  She writes, “The best use of literature bends not toward the narrow and the absolute but to the extravagant and the possible.  Answers are no part of it; rather, it is the opinions, the rhapsodic persuasions, the engrafted logics, the clues that are to the mind of the reader the possible keys to his own self-quarrels, his own predicament.  This is the crux of Emerson, who does not advance straight ahead but wanders to all sides of an issue; who delivers suggestions with a kindly gesture – who opens doors and tells us to look at things for ourselves.  The one thing he is adamant about is that we should look – we must look – for that is the liquor of life, that brooding upon issues, that attention to thought even as we weed the garden or milk the cow” (69) [Italics by author]

Mary Oliver closes section one of the book with a peak into her writing process.  She writes, “It is six A.M., and I am working.  I am absentminded, reckless, heedless of social obligations, etc.  It is as it must be.  The tire goes flat, the tooth falls out, there will be a hundred meals without mustard.  The poem gets written.  I have wrestled with the angel and I am stained with light and I have no shame.  Neither do I have guilt.  My responsibility is not to the ordinary, or the timely.  It does not include mustard, or teeth.  It does not extend to the lost button, or the beans in the pot.  My loyalty is to the inner vision, whenever and howsoever it may arrive.  If I have a meeting with you at three o’clock, rejoice if I am late.  Rejoice even more if I do not arrive at all. // There is no other way work of artistic worth can be done.  And the occasional success, to the striver, is worth everything.  The most regretful people on earth are those who felt the call to creative work, who felt their own creative power restive and uprising, and gave it to neither power nor time” (30). 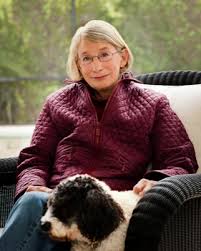 I adopt this passage, this essay, as my anthem, as my creed, as my goal.

Another favorite of mine is “Swoon.”  She discovers a nesting spider, and with fascination I can only admire, she spins a lovely story.  Mary writes, “This is the moment in an essay when the news culminates and, subtly or bluntly, the moral appears.  It is a music to be played with the lightest fingers.  All the questions that the spider’s curious life made me ask, I know I can find answered in some book of knowledge, of which there are many.  But the palace of knowledge is different from the palace of discovery, in which I am truly, a Copernicus.  The world is not what I thought, but different, and more!  I have seen it with my own eyes! // Bur a spider?  Even that? // Even That” (125) [Italics by author]

I haven’t commented as much as usual in this review, because I want to dangle a few bites of Mary Oliver’s splendid collection of essays, Upstream: Selected Essays, and let each reader take the bait and swim along with her.  5 stars