I still mourn the death of E. L. Doctorow some 16 months ago.  I figured the best medicine was a doss of his wonderful novels.  What I most admire about Doctorow is the wide variety of subjects he tackles.  In this work, the title character, Andrew, is a cognitive scientist teaching at a university.  As far as I know Andrew’s Brain is his fifteenth, and most likely, his last work.  It is also one of his most engrossing and interesting novels.

From the first page, I had an unusual sense of bewilderment.  The lack of quote marks and “he saids” got me thinking, searching my brain to untangle the mystery.  As I tunneled further into the book, I thought he was talking to a therapist, then, I thought, maybe he chats with himself, and finally, was he talking to his own brain?  Andrew was fond of “thought experiments” much like Einstein, Galileo, and Newton.  This indicates to me Andrew is something of a genius.  Early in the first chapter, he poses a thought experiment which disturbed his students.  Doctorow wrote, “I asked this question: How can I think about my brain when it’s my brain doing the thinking?  So is this brain pretending to be me thinking about it?”  (34).  Andrew “then picked up [his] books and walked out of the room” (35).  This stopped me as though I had run into a brick wall.  I read the passage again and spent the next 30 minutes trapped in a Möbius loop of understanding.  Excellent stretching and strengthening for my brain muscle!

Another interesting experiment is about a quarter of the way through the novel.  Doctorow wrote, “I was just thinking.  Suppose there was a computer network more powerful than anything we could imagine. // What’s this? // never mind a network, just one awesome computer, say.  And because it was what it was, suppose it had the power to record and store the acts and thoughts and feelings of every living person on earth once around per millisecond of time.  I mean, as if all of existence was data for this computer – as if it was a storehouse of all the deeds ever done, the thoughts ever though, the feelings ever felt.  And since the human brain contains memories, this computer would record these as well, and so be going back in time through the past even as it went forward with the present” (44-45).  I am not sure if I should make myself an aluminum hat or worry about the NSA – or both! 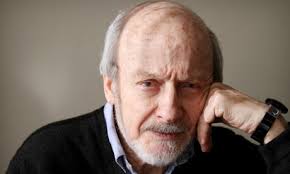 Andrew falls in love with a young woman, Briony.  She takes him to meet her parents.  Andrew describes the event to whoever is listening.  He writes, “Sounds as if you were having a good time. // Well, I saw how Briony loved her parents’ routine, laughing and clapping for something she must have seen a hundred times.  Watching her lifted me into a comparable state of happiness.  As if it had arced brain to brain.  This was a pure, unreflective, unselfconscious emotion.  It had taken me by surprise and was almost too much to bear – happiness.  I felt it as something expressed from my heart and squeezing out my eyes.  And I think as we all laughed and applauded at the end of the soft-shoe number I may have sobbed with joy.  And I was made fearless in the in that feeling, it was not tainted by anxiety” (77).

Maybe this is how true love can be identified – two brains arcing across each other, flooding the brain with joy and happiness, while relieving stress and anxiety.  Andrew’s Brain, by E.L. Doctorow is one of the best novels I have read in 2016.  Not familiar with Doctorow?  No problem.  Of ten of his fifteen novels, only one slid from 5 stars to four.  This novel is decidedly 5 stars.