I discovered The Saturday Review of Literature in the early seventies, after reading an article about Norman Cousins, the then editor.  About a decade later, the magazine ceased publication.  The second thing which struck me was a blurb on John Hersey’s Hiroshima: “Everyone able to read should read it.”  The early seventies were the days of antiwar rallies, and calls to ban nuclear weapons.  Of course I had heard of Hiroshima and Nagasaki and all the justifications for using the atomic bomb in 1945 as a way to end World War II quickly and save many millions of military and civilian lives.  John Hersey’s work really opened my eyes to the horrors of nuclear weapons.

The original history was updated about four decades later to show the long term effects of the bomb.  Hersey tells the story through the memoirs of six civilians who were in Hiroshima on August 6, 1945 at 8:15 AM when the bomb exploded.  The curious thing is the completely random steps these individuals had taken which took them out of the direct effects of the blast.

Hersey wrote, “At exactly fifteen minutes past eight in the morning, on August 6, 1945, Japanese time, at the moment when the atomic bomb flashed above Hiroshima, Miss Toshiko Sasaki, a clerk in the personnel department of the East Asia Tin Works, had just sat down at her place in the plant office and was turning her head to speak to the girl at the next guess.  At that same moment, Dr. Masakazu Fuijii was settling down to read the Osaka Asahi on the porch of his private hospital, […]; Mrs. Hatsuyo Nakamura, a tailor’s widow, stood by the window of her kitchen, watching a neighbor tearing down his house because it lay in the path of an air-raid-defense fire lane; Father Wilhelm Kleinsorge, a German priest of the Society of Jesus, reclined in his underwear on a cot on the top floor of his order’s three-story mission house, […]; Dr. Terufumi Sasaki, a young member of the surgical staff of the city’s large, modern Red Cross Hospital, walked along one of the hospital corridors with a blood specimen […]; and the Revernd Mr. Kiyoshi Tanimoto, pastor of the Hiroshima Methodist Church, paused at the door of a rich man’s house in Koi, the city’s western suburb, and prepared to unload a handcart full of things he had evacuated from the town in fair of the massive B-29 [bomber] raid which everyone expected Hiroshima to suffer” (3-4).  These six individuals lived to describe the aftermath of the explosion. 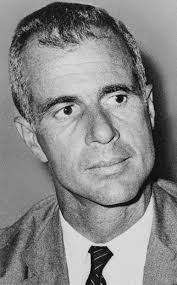 At first, they all thought a bomb had hit close to their location, but when they emerged from the wreckage, the amount of destruction was beyond imagination.  As time passed and those who had lived through the terror, did not want to refer to themselves as “survivors” in fear of causing some slight insult to the victims.  Instead, they referred to themselves as “hibakusha” or literally, “explosion-affected persons” (92).  The “hibakusha” struggled for years to hold together what remained off their families, friends, and their own lives.  For example, it wasn’t until 1951 that Mrs. Nakamura was able to move into a new house.  Dr. Sasaki spent the next five years removing ugly keloid scars from residents of the city.  Of course, as long term effects of the explosion began to surface, the full extent of the horrors of nuclear war emerged.

Yet today, we live on the brink of nuclear annihilation.  Nations struggle to build nuclear weapons.  Some call for using these weapons to further religious, political, or economic interests.  As is the case in so many examples of war, some have forgotten the lessons of history.  The Saturday Review was correct: “Everyone able to read [John Hersey’s book] should read it.  5 stars.