The Atomic Weight of Love by Elizabeth J. Church

Algonquin Books of Chapel Hill opened for business in 1983.  Their founding philosophy still holds true.  Their edict is “to publish quality fiction and non-fiction by undiscovered young writers, and to keep our books in print, reaching new fans for many years to come” (Algonquin.com/about-us).  A recent novel, The Atomic Weight of Love by Elizabeth Church, clearly demonstrates the adherence to these goals.

This debut novel is a sweeping tale of love, science, secrecy, and women’s evolving roles.  Meridian Wallace studies birds at the University of Chicago, where she meets Alden Whetstone, a brilliant and complicated physicist.  He opens her eyes to the wonders of science and the connection between her birds and physics.  As Meridian is about to go off to graduate school, Alden is called to a top secret government project, later known as “The Manhattan Project.”  Later they marry and she moves to New Mexico and puts her graduate studies aside.

The amazing thing about the story is the role women were forced into during the 40s and 50s.  Meri, as she is known, lives at a boarding house, and a boarder offers her some dating advice.  Church writes, “‘You can’t just talk about any old thing, Meri.  Knowing you, you’ll end up lecturing him about the compositions of eagles’ nests or the migration patterns of some obscure bird species.’ // “‘What’s wrong with that?  He’s in my biology class.’ // “‘You have to flatter them,’ […] ‘Pick a topic they know, something they like talking about’” (13).  Later on, as Meri yearns to formalize her bird studies by attending graduate school, Alden quashes her plans.  She has little in common with the other wives in New Mexico, all of whom seem interested only in diapers, recipes. and keeping their husbands happy.  Alden was about 20 years older than Meri, who exhibits some childish traits.  On the train to New Mexico, Meri describes the compartment.  “My sleeping compartment was a girl’s dream of a doll house with clever miniature soaps, a single rose in a slender vase, and turn-down service” (52).  Meri’s mother writes to her, “I didn’t teach you enough about how couples get along or about the necessary compromises wives must make” (129).  When Alden suggests they consider having a baby, Church writes, “‘A baby would be fulfilling, give you a purpose,’ […] ‘A child might just be the answer you need Meri’” (138).  She resists.

As the 50s close and the 60s cultural revolutions take hold, Meri is increasingly lonely.  All she has to herself are her notebooks on the crows she studies and some sketches.  The one day, she meets a young geologist, Clay, and they begin an affair.  This strains their marriage, Meri begins thoughts of leaving Alden.  Then Clay wants Meri to run away with him, but she feels tied to Alden and refuses. 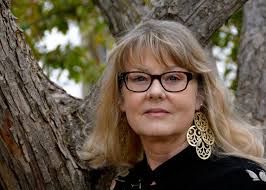 This bare bones summary leaves out lots of interesting details of the three main characters, some of which provides quite a surprising ending.  Each chapter cleverly introduces a bird species as the title, which neatly shows interesting aspects of Meri, Alden, Clay, and several others.  Elizabeth J. Church’s debut novel, The Atomic Weight of Love, offers an interesting and detailed look at the way women evolved over the last 60 years to become the interesting and independent women of today.  5 stars.