I have had a long-time fascination with the history and lore of the ancient Greeks.  The connection of these gods, goddesses, nymphs, witches, and heroes never to be forgotten, pop up over and over in many different forms.  Madeline Miller now has now written two fantastic books on the ancient Achaeans, as they referred to themselves.  Her first, The Song of Achilles, was a spellbinding story of the greatest hero of his age.  Miller now adds Circe to her credit.

According to the dust jacket, Miller was born in Boston and attended Brown University, where she earned her BA and MA in classics.  She lives in Narberth, PA, with her husband and two children.  She won the Orange Prize for Achilles, which has been translated into twenty-five languages. My hope is she might write a novel on Kalypso, another of my favorite characters in The Odyssey.


Chapter One begins, “When I was born, the name for what I was did not exist.  They called me nymph, assuming I would be like my mother and aunts and [a]thousand cousins.  Least of the lesser goddesses, our powers were so modest they could only scarcely ensure our eternities.  We spoke to fish and nurtured flowers, coaxed drops from the clouds or salt from the waves.  That word, nymph, paced out the length and breadth of our futures.  In our language, it means not just goddess, but bride (3).  This introduction tells me about a part of the pantheon of gods/goddesses which I knew precious little.  It turns out Circe is a witch with formidable powers.


Another aspect of the Achaeans was punishment.  Miller writes, “The punishment of a god was a rare and terrible thing, and talk ran wild through our halls.  Prometheus could not be killed, but there were many hellish torments that could take death’s place. […].  On the appointed day, the doors of my father’s receiving hall were thrown open.  Huge torches carbuncled with jewels glowed from the walls and by their light gathered nymphs and gods of every variety.  The slender dryads flowed out of their forests, and the stony oreads ran down from their crags.  My mother was there with her naiad sisters; the horse-shouldered river-gods crowded in beside the fish-white sea-nymphs and their lords of salt.  Even the great Titans came: my father, of course, and Oceanos, but also shape-shifting Proteus and Nereus of the sea; my aunt Selene, who drives her silver horses across the night sky; and the four winds led by my icy uncle Boreas.  A thousand avid eyes.  The only ones missing were Zeus and his Olympians.  They disdained our underground gatherings.  The word was they had already held their own private session of torment in the clouds” (17-18). 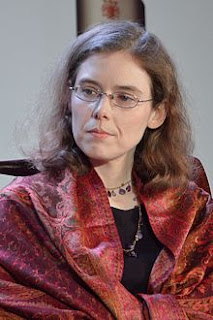 These teasers should get the juices of adventure flowing.  Circe has pity for Prometheus as he awaits his punishment.  She brings him food and water.  When she discovers her witch-powers, her father exiles her to a distant island, Aiaia.  She explores her prison, and learns the lore of witch-power, and takes control of the plants and animals on the island.  Many visitor’s come to her island, Jason and Medea in search for the golden fleece.  Of course, Ulysses comes and spends the year at the feet of Circe.  Another visitor is Hermes, the messenger of the gods.  Her father also sends some women to the island for temporary imprisonment.  This does not sit well with Circe.


This glimpse into an amazing array of figures from ancient Acheaha only begins to scratch the surface.  The ending is particularly interesting as eons of time pass on Circe’s Island.  Madeline Miller has written a fascinating peek into times we can only enjoy through her version of Circe.  5 stars.