Madame Bovary by Gustave Flaubert remains one of the most important pieces of 19th century French literature.  In Lydia Davis’s introduction to her new translation of Bovary, she quotes Flaubert, “‘Yesterday evening, I started my novel.  Now I begin to see stylistic difficulties that horrify me.  To be simple is no small matter.’  This is what Flaubert wrote to his friend, lover, and fellow writer Louise Colet on the evening of September 20, 1851, and the novel he was referring to was Madame Bovary.  He was just under thirty years old.” (ix).  In my Batcheler days, I met a member of the French Language department at The University of Pennsylvania.  The details of the event have withered away, but I have not forgotten the 2-3 hours we spent discussing Emma Bovary and her tragic story.  Since then, I have read and re-read Bovary too many times to count.  I have used it dozens of times in my world literature classes.  Now, I have a new translation by Lydia Davis, and I am thrilled--once again with the power of this masterful novel. 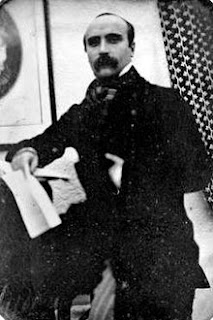 The story has so much minute detail, his prose is magnificent, and this new translation has rekindled all my passion for Emma.  Instead of robbing my first-time readers of this story, I have selected an interesting passage for comparison with my original copy translated by Margaret Cohen.  I begin with Cohen’s version.  “The atmosphere of the ball was heavy; the lamps were growing dim.  Guests were flocking to the billiard room.  A servant got upon a chair and broke the window-panes.  At the crash of the glass, Madame Bovary turned her head and saw in the garden the faces of peasants pressed against the window looking in at them.  Then the memory of the Bertaux came back to her.  She saw the farm again, the muddy pond, her father in his apron under the apple trees, and she saw herself again as formerly, skimming with her finger the cream off the milk-pans in the dairy.  But in the splendor of the present hour her past life, so distinct until then, faded away completely, and she almost doubted having lived it.  She was there; beyond the ball was only shadow overspreading all the rest.  She was eating a maraschino ice that she held with her left hand in a silver-gilt cup, her eyes half-closed and the spoon between her teeth” (Cohen (45-46). 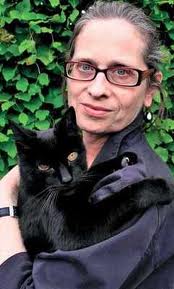 Here is Lydia Davis’s version.  “The air of the ball was heavy; the lamps were growing dim.  People were drifting back into the billiard room.  A servant climbing up onto a chair broke two windowpanes at the noise of the shattered glass, Madame Bovary turned her head and noticed in the garden, against the window, the faces of country people looking in.  Then the memory of Les Bertaux returned to her.  She saw the farm again, the muddy pond, her father in a smock under the apple trees, and she saw herself as she used to be, skimming cream with her finger from the pans of milk in the milk house.  But under the dazzling splendors of the present hour, her past life, so distinct until now, was vanishing altogether, and she almost doubted that she had ever lived it.  She was here; and then, surrounding the ball, there was nothing left but darkness, spread out over all the rest.  She was at that moment eating a maraschino ice that she held with her left hand in a silver-gilt shell and half closing her eyes, the spoon between her teeth” (Trans, Davis (44-45)).

Gustave Flaubert’s Madame Bovary is one of those novels a reader can easily fall in love in a heartbeat.  5 stars for Cohen and Davis.