Roger Rosenblatt authored one of my favorite “academic setting” novels, Beet.  His latest novel, Thomas Murphy, is an entirely different sort of story.  Roger was born in 1940.  He was a long-time essayist for Time and the PBS News Hour.  He has held several teaching positions at Harvard, but he is currently the Distinguished Professor of English and Writing at Stony Brook University.  He has also received seven honorary doctorates.

Thomas Murphy is the story of a respected but aging poet dealing with a cancer diagnosis.  He also recently suffered the loss of his wife, Oona.  Murphy was born in Ireland, and lived mostly in a seaside town of Inishmaan.  He now lives in the US.  His daughter Máire believes he is losing his memory.  This fear of the loss of memory is the thread that runs through the novel.  Ironically, the cancer diagnosis is mentioned early on, and forgotten until near the end of the novel.  But the really interesting parts focus on his poetry.

Rosenblatt writes, “They really aren’t difficult, my poems, no matter what the good Dr. Spector says.  Greenberg got ‘em readily enough.  Oh, I’ll toss in a wild word from time to time, to keep the reader on his toes, the way Heaney does, and Paul Muldoon.  But neither of those great fellas is hard to understand, and I’m not either.  Most of the poets of my race are not hard to understand.  We just play hard to get” (37).  Spector is his surgeon and Greenberg is an old friend.  These patches of memory are sprinkled throughout the novel, and make me wonder about the loss of memory.  When given a quiz by the doctor, he makes every answer a barb with his caustic wit.

Murphy also writes about writing poetry.  “The whole process of writing a poem is mystical, to me at least, mystical and beyond my reach.  Have I told you about this?  I begin a poem with an image out of nowhere (where did that come from?), and at once suspect I am part of a plan, and the poem I’ve begun is part of a plan.  The process of writing then, is the progression toward someone else’s design” (156).  This closely parallels what happens to me when I have a spark of inspiration. 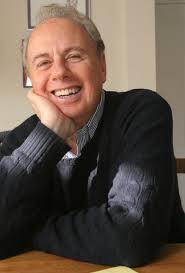 An interesting episode occurs when Thomas is alone in a bar.  A stranger recognizes him, and they strike up a conversation.  Eventually, the stranger admits he wants Thomas to tell his wife he is dying.  He reluctantly agrees, and the results are comedy and tragedy mixed together.  Thomas befriends the man’s wife, and when her husband leaves her, Thomas begins to date her.

The story itself is rather poetic.  Thomas recalls an event in his childhood, “How slick the petals of the ocean as they bloom again.  How fierce, how businesslike the term in its hieroglyphics.  The Earth grinds on its axis, the strident wind goes slack, and the stars are steady as my gaze.  I would travel now if I could.  I would walk across the ocean, past the startled fish and dreaming whales until I reached some shore of thought and language.  Not this night, though.  On this night I am content with a ripple of warm air and the horizon’s ambiguity” (155).

I found myself a bit confused at first.  The writing seemed something akin to stream of consciousness, but I think Murphy was obsessing over his loss of memory, which loss is never apparent in the story.  But, overall, a pleasant little novel of a shade over 200 pages satisfied me well enough.  5 stars