A Little Life by Hanya Yanagihara

Hawaiian author, Hanya Yanagihara, was one of the first two Americans shortlisted for the Booker Prize last year.  Anne Tyler was the other.  I usually try and buy as many of the short-listed books as I can.  I managed three this year, but none of those won the prize.  I delayed reading Hanya’s novel because of its length – well over 700 pages, but a friend had started it, and urged me to get to it as soon as possible.  Let me start off here with a warning.  A Little Life is one of the most chilling, horrific, spell-binding, and wonderfully written novels I only rarely come across.  In a class with Donna Tartt for length and detail, this story explores the problem of evil and, more specifically, the depths of depravity some “humans” are capable of perpetrating.  Warning!  This novel has extended discussions of evil, and several places that give explicit details.  Most of the horrors are only alluded to, but they leave no doubt, in the reader’s mind, what happened.  However, the novel also shows the very best of goodness in humanity,

Hanya was born in Los Angeles in 1975.  She attended Smith College.  This is her second novel.  In addition to the Booker nomination, she won the National Book Award for Fiction in the U.S.

The story starts off benignly enough with a group of four long-time friends.  JB was a struggling artist, who later achieves great fame; Malcolm becomes an internationally recognized architect; and Willam, an actor, achieves world-wide fame on the silver screen; and finally, Jude, who eventually becomes a partner and a feared lawyer in a major New York firm.  After establishing some background on the four, the focus shifts to Jude.  The four men are close.  They care for and support each other.  Willam and Jude were roommates in college, so they have a particularly close relationship.

While the four are usually open and forthright about their lives, Jude revealed next to nothing about his family, childhood, or his teen years.  Gradually, the unnamed narrator – revealed in the final pages – begins a trickle of information about Jude’s abandonment as an infant on the door of a monastery.  He was an unattractive child, and suffered bullying from his classmates.  The monks considered him a distraction and a burden, but one monk, Andy, befriended him.  They run away, ostensibly to escape the bullying, but the story takes a horrific turn as 12-year-old Jude is devoured by a string of evil men.  After two years of traveling around the country from one motel to another, the police break down the door, and find Jude alone and terrified.  The bathroom door is locked, and when they open it, Andy is dead.  He is taken to a foster home, where the abuse continues.  Finally, he gets to college, meets Willam, the first kind person he has ever befriended, and his life appears about to turn around. 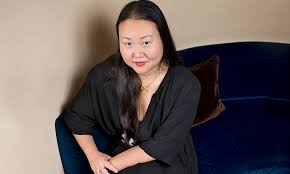 I know this sounds awful, but the prose is so mesmerizing, I could not stop reading despite the terrible things Jude experienced and lived with his entire life.  I found it difficult to accept the existence of an all-powerful, all-loving, all-knowing God who could allow such depravity into the world.  How can any human being commit such acts against a young and helpless child?  I doubt the existence of Hell, but I would willingly make an exception for those who tortured and abused Jude.

Despite the horrors, I think the novel has a lot to say about the problem of evil.  What are its origins?  How can we stop such depravity?  On more than a dozen pages I cried, as Jude struggled to explain himself, to open up to his friends, and his mentor, Harold – who I found out was the narrator – all of whom offered him nothing more than love, friendship, aid, and comfort.  Unfortunately, Jude was so damaged, he blamed himself for everything and he felt he deserved all his experiences.  Even Harold gave Jude the loving family he never had when they adopted him as an adult.  But, Jude always imagined there was a string attached to their kindnesses.

I know Hanya Yanagihara’s A Little Life is a tough read, but we should stare down evil in the face and make this world a better place with kindnesses of our own.  5 stars