In Other Words by Jhumpa Lahiri

Jhumba Lahiri is a Bengali-American writer with four widely admired works of fiction to her name.  She has won the Pulitzer Prize for her debut collection of stories, Interpreter of Maladies.  Her works are sensitive portrayals of the struggles we all go through in our daily lives.  In addition, she has won the PEN/Hemingway Award, the Frank O’Connor International Short Story Award, among several others.  In 2014, she won a National Humanities Medal, awarded by President Barack Obama.  Jhumpa won a major Italian Literature Award for In Other Words.

The book has an interesting premise and structure.  The left hand pages are all in Italian with the right side in English.  Years before I ever heard of “bucket lists,” I made a note to myself that I would love to learn Italian well enough to read Dante in the original language.  I tried a few self-study books and tapes, but I made little to no progress.  I shelved the idea for my retirement.  Jhumpa has taken a risky and bold step by moving to Italy and immersing herself in the language and culture of Italy.

In her “Author’s Note,” she explains this strange decision and why she did not translate the book herself.  She writes, “Writing in Italian is a choice on my part, a risk that I feel inspired to take.  It requires a strict discipline that I am compelled, at the moment, to maintain.  Translating the book myself would have broken that discipline; it would have meant reengaging intimately with English, wrestling with it, rather than with Italian. // In addition, had I translated this book, the temptation would have been to improve it, to make it stronger by means of my stronger language.  But I wanted the translation of In alter parole to render my Italian honestly, without smoothing out its rough edges, without neutralizing its oddness, without manipulating its character (xiii-xiv). 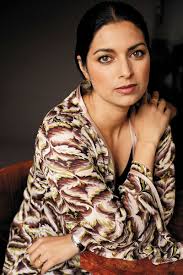 Jhumpa also speaks Bengali when interacting with her parents.  She mentions that they refused to change to English.  She writes, “I am the opposite.  While the refusal to change was my mother’s rebellion, the insistence on transforming myself is mine.  ‘There was a woman … who wanted to be another person’: it’s no accident that ‘The Exchange,’ the first story I wrote in Italian, begins with that sentence.  All my life I’ve tried to get away from the void of my origin.  It was the void that distressed me, that I was fleeing.  That’s why I was never happy with myself.  Change seemed the only solution.  Writing, I discovered a way of hiding my characters, or escaping myself.  Of undergoing one mutation after another” (169).

I found her struggles with finding the correct word inspiring.  I have profound admiration for her goals in this memoir.  She explains why she writes, “I write to feel alone.  Ever since I was a child it has been a way of withdrawing, of finding myself.  I need silence and solitude.  When I write in English I take for granted that I can do without help.  Someone may give a suggestion, point out a problem.  But in terms of the linguistic journey I am self-sufficient” (185).  With the exception of her last sentence, this explains exactly my feelings and emotional state when I write, alone, in a closed room.

In Other Words is a marvelous story of the struggles writers face.  Follow Jhumpa Lahiri on her journey through -- and struggle with – the beautiful Italian Language.  5 stars.