The People in the Trees by Hanya Yanagihara

When I finished reading A Little Life by Hanya Yanagahara, the beautiful prose stunned me, while I was aghast at the horrors Jude experienced.  I found the story so absorbing, so gripping, I could not stop until the last page.  My mind spun and spun at the incongruity, and I found it necessary to read more of her work.  So I turned to her first and only other novel, The People of the Trees.  The novel received widespread praise and was named one of the best books of 2013.


Hanya was born in Los Angeles to a Hawaiian father and a Korean mother.  Due to her father’s occupation, she lived in several locations, including New York, Baltimore, California, and Texas.  She began writing travel pieces for Conde Nast Traveler.  In 2015, she became a deputy editor of The New York Times Style Magazine.  People of the Trees is based on the true story of a virologist Daniel Carleton Gajdusek [Guy-dah-shek].


A. Norton Perina was a mediocre medical student who faced graduation with almost no opportunities to further his medical education.  One of his professors connected him to a renowned anthropologist, Paul Tallent, who believed he could locate an unknown tribe in a south Pacific Island.  He wanted to bring Norton along so that he could asses the medical condition of the tribe.  He discovered a rather inexplicable paradox of the tribe members on one of the three islands which made up the tiny archipelago – the people appeared to be in their early 60s, yet evidence dictated some of the islanders were more than 200 years of age.  Norton becomes obsessed with finding the cause of their longevity.  In later years, he began adopting abandoned, malnourished children.  He brought more than four dozen of these children to the United States and provided them with healthcare and education.  His study of the people on one of the islands in the U’iva chain, Ivu’ivu, gained him a Nobel Prize in 1974.  This closely parallels the life and work Gajdusek, who worked among alleged cannibals of New Guinea in the 50s and 60s.  He adopted numerous children, brought them to the US, and he also won a Nobel Prize in 1976.


As was the case in A Little Life, the prose is absorbing and interesting, but People of the Trees never comes near the level of violence and horror of her second novel.  The novel is actually a memoir of Perina written during a twenty-four month stretch in Prison.


A colleague, Ronald Kubodera, urges Norton to set the facts of his life down in a memoir, and he agrees on the condition Kubodera will edit the manuscript.  On his first of many trips to Ivu’ivu, Norton describes the island.  Hanya writes, “As we made the half-hour ride toward town, I learned of all the things U’iva did not have.  There were no roads, for one – trails, yes, with patches of grass and struggling flowers tamped down by horses hooves – nor was there a hotel, or university, or grocery store, or hospital.  There were, dismayingly, churches, quite a few of them, their white wooden spires the only thing taller than the palm, which cast stripes of black shadow against the dirt but offered no comfort from the sun, which washed the sky a hard glaring white.  I asked Tallent – who was managing to look graceful on his small horse – if there were many horses on the island but it was his [research assistant] who answered, telling me that although a hundred or so had made their way to U’ivu in the early 1800s, most of them had died in a terrible tsunami that had destroyed the northern half of the island in 1873.  The rest returned home soon after, and U’ivu was once again left to the U’ivuans, the way it had been for the thousands of years prior to the missionaries’ arrival” (100-101). 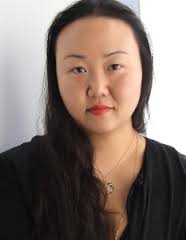 Interestingly, Kubodera weighs into the story with a series of footnotes explaining, correcting, and questioning some of what Norton writes.  For example, when one of the islanders is taken to the sea shore, they were mystified.  He explains, “Astonishingly, the villagers were not only not familiar with the sea, they had no notion of it at all.  There is an account by Tallent of a villager being taken to see the sea for the first time and his mistaking it for ‘a sky without clouds.’  The poor man thought the world had been typed upside down and that he was entering the world of Pu’uaka, goddess of the rains.  See Paul Tallent, ‘The Island without Water: Ivu’ivuan Mythology and Isolationism,’ Journal of Micronesian Ethnology (Summer 1958, vol. 50, 115-32)” (209).  Hanya cleverly weaves facts into this marvelous fictive work.


Hanya Yanagahara has created an imaginative world in The People of the Trees.  This absorbing, provocative story exams the devastation of cultures by outsiders, while providing a prelude to the problem of evil found in A Little Life.  5 stars.