Back when I was in high school, I worked at a soda fountain/diner near my home.  I cleaned pots and pans, helped the waitress clear tables, served some customers, and made about fifty-cents an hour.  The couple who owned the place had peculiar accents.  One day, I happened to see some numbers on the arm of the woman, and I asked her what they meant.  She asked me what did I know about the Holocaust, but I only have a few vague and scattered notions of what happened during World War II.  Her husband had a similar number.  Both had been in Auschwitz.

At the library, I asked for books about the murder of 6 million Jews and another 6 million men, women, and children.  One book struck me, it was This Must Not Happen Again.  The pictures were horrific beyond anything my 15-year-old imagination.  The next year, we read Elie Wiesel’s memoir of his time in Auschwitz, Night.  Some of the knuckleheads in the class, laughed and made jokes, but I knew better.

Considering the disturbing climate of Zenophobia spreading across the U.S. and the world today, I re-read Wiesel’s book.  I could not stop reading for a minute.  All the old images, together with Jack and Leah’s stories came pouring out like some poison released in my room. 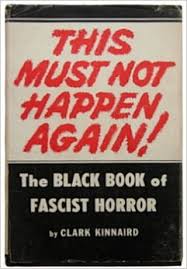 Then my thoughts turned to the title: This Must Not Happen Again, and I realized it has – and is -- happening again today all over the world.  The slaughter of an estimated two million Cambodians under Pol Pot, Darfur, Rwanda, Angola, now Syria, and numerous other ethnic and religious groups all around the planet.

I will not give any excerpts, because this book needs to be digested – preferably in one sitting – to take in the truly disgusting depths to which the human species is capable.  The history of the human race, dating back hundreds of thousands of years, attests to the strategy of turning one group against another by blaming the “others” for all the problems and woes a particular society faces.

In a Preface to my new edition, Wiesel asks, “Why did I write it?  Did I write it so as not to go mad or, on the contrary, to go mad in order to understand the nature of madness, the immense, terrifying madness that had erupted in history and in the conscience of mankind?  Was it to leave behind a legacy of words, of memories, to help prevent history from repeating itself?  Or was it simply to preserve a record of the ordeal I endured as an adolescent, at an age when one’s knowledge of death and evil should be limited to what one discovers in literature?” (vii).  Even at a point in my life far removed from the concentration camps and the gas chambers, and crematoria, my stomach turned at Wiesel’s descriptions. 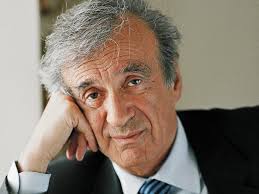 Wiesel concludes the preface, “I believe it Important to emphasize how strongly I feel that books, just like people, have a destiny.  Some invite sorrow, others joy, some both” (xiv).  He continues, “Sometimes I am asked if I know ‘response to Auschwitz’; I answer that not only do I not know it, but that I don’t even know if a tragedy of this magnitude has a response.  […]  The witness has forced himself to testify.  For the youth of today, for the children who will be born tomorrow.  He does not want his past to become their future.

Elie Wiesel’s horrific memoir, Night, should be on every thinking-person’s reading list.  We must not allow our neighbors around the corner or around the globe to be subjected to this horror.