Most of my anthologies, and the three textbooks I use for my creative writing class, include “The Things They Carried” by Tim O'Brien.  Consequently, I have read that story numerous times.  While I admired it, it never rose anywhere near any of my favorite stories.  When I heard O'Brien was scheduled to give a talk on “Things,” at Baylor University, I decided to attend and see if I could gain any insights into the story.  His topic was the difference between “true” and “truth” in fiction.  His talk was enthralling, and I decided to read a later work, his 2002 novel, July, July.

William Timothy “Tim” O’Brien was born in Minnesota in 1946.  He teaches at Texas State University at San Marcos.  He was drafted upon his graduation from college, and served in Viet Nam from 1969-1970.  His unit was part of the platoon led by Lt. Calley of the Mi Lai massacre.  O’Brien’s unit arrived at Mi Lai a year later, bewildered at the hostility of the people.  He did not know about the massacre.  “The Things They Carried” explores the boundaries between what was “true” – based on facts, and “truth” – the verisimilitude of events.  This has become and important element of his style.

July, July relates the story of about 20 people who gather to celebrate their 31st reunion from college.  An odd number, since the gathering was supposed to be the 30th reunion the year before, but the planner had forgotten, and she opted for a 31st celebration.

I was a bit daunted by the large cast of characters, especially since some occasionally went by nicknames, and I did not have enough information on peripheral family members to construct a tree.  That were lots of college romances revived and lots of peculiar life styles.  For example, one woman was married to two men.  Both men knew of the other, and accepted the eccentricity of a powerful and independent woman.  She alternated weeks at the two houses.  She also managed to revive an old crush, which still lingered after three decades.  But as the story unfolded, I began to have a feel for the group, almost as if I was attending a reunion of my own.  The major characters, I had a firm grasp of their identities and peculiarities.  And, as in any reunion, the minor characters had escaped my memory. 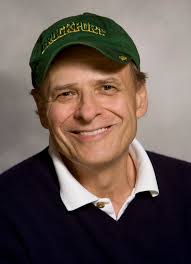 Early in the reunion, O’Brien begins one of a dozen interesting descriptions of the class members.  He writes, “David tapped out a cigarette, slipped it between her lips, struck a match, and watched her lean in toward the flame.  Lovely woman, he thought.  Steel eyes.  Silver-blonde hair, cut short.  Trim, No hips.  No sign of any extra eight pounds.  They’d remained friends over the years, sharing lunches, sometimes sharing a bed, and David found it impossible to believe that they would not somehow end up living together and getting old together, and finally occupying the same patch of earth.  Anything else seemed mad.  Worse than mad.  Plain evil” (12).

As a graduate of an all-male high school and college, I never had this type of reunion experience catching up with old friends.  Mine are scattered to the winds, and only an occasional query on Facebook recalls the old days.

Reading July, July in light of his lecture and my experience with “Things,” I have come to a better understanding of this talented and funny writer.  5 stars.