The Architect’s Apprentice by Elif Shafak

One of the benefits of a book club – my club members remind us of this benefit all the time – is discovering novels, writers, non-fiction, and poetry, we might never have considered.  If I tried to list all the books I have read, only because a fellow member recommended them, I would drown in the tsunami of books that followed some of these writers.  The Architect’s Apprentice by Elif Shafak is the latest addition to this ever growing flood.

Elif has won awards, she is a bestseller, and – more importantly – the most widely-read author in Turkey.  She is also a champion of women’s rights and freedom of expression.  No small tasks in today’s Turkey.  Apprentice is her seventh novel, and you know what that means to my voracious collecting habits.  She has been translated into more than 40 languages, and she currently divides her time between Istanbul and London.  You will hear about Shafak from me again. 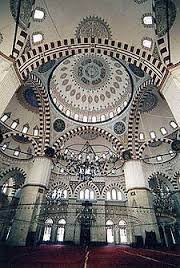 When I first started to read this novel, my mind instantly flashed back to Jose Saramago’s wonderful tale, The Elephant’s Journey.  Saramago based his novel on an historical event that occurred in the 16th century.  King João III of Portugal has decided to present his cousin, Archduke Maximilian of Vienna, an elephant, Solomon, as a wedding present.  The mahout, Subhro, who cares for the beast in a broken down corner of the king’s zoo, guides the elephant and a troop of workers and soldiers, on a trek across Europe during the Reformation and amid various conflicts.

Shafak’s tale is of a magnificent white elephant, named Chota, sent from India to Istanbul and the sultan of the Ottoman Empire.  A twelve-year-old boy, Jahan, befriends Chota and becomes his mahout.  His life changes when he meets the Sultan’s daughter, Princess Mihrimah, and together they are spellbound by the elephant and each other.  Jahan begins his education in the palace, and comes to the notice of Mimar Sinan, the empire’s chief architect.  Mimar Sinan, an historical figure, built some of the most spectacular buildings in the empire, many of which still stand.  Jahan becomes one of Sinan’s four apprentices.  Even in this close group, danger lurks. 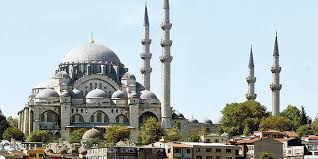 The novel opens with these lines, “Of all the people God created and Sheitan led astray, only a few have discovered the Centre of the Universe – where there is no good and no evil, no past and no future, no ‘I’ and no ‘thou,’ no war and no reason for war, just an endless sea of calm.  What they found there was so beautiful that they lost the ability to speak. // There were six of us: the master, the apprentices and the white elephant.  We built everything together.  Mosques, bridges, madrasas, caravanserais, alms houses, aqueducts” (1-2). 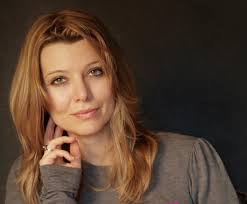 The novel is a story of creativity and artistic freedom, science vs. ignorance.  The novel overflows with interesting characters from Gypsies, to heretics, prostitutes, Sufis, royalty, and common laborers – including Muslims, Christians, and Jews – and not to forget the treachery, revenge, jealousy, murder, and myriad palace intrigues.

When I first opened this 416-page work, I hoped I would be able to finish in time for our club meeting.  I sat down on a Thursday afternoon and quickly read 75 pages.  By Sunday afternoon, I barely had 40 left – it really and truly was that good.  The Architect’s Apprentice by Elif Shafak is a tale as splendid as the mosques, palaces, and other buildings Jahan and Mimar designed and built together.  A must read!  5 stars.