Chaucer’s Tale: 1386 and The Road to Canterbury by Paul Strohm

My graduate work at Baylor mainly focused on the High Middle Ages and the Renaissance.  So, anytime an interesting book about either appears, I can’t help myself in returning to those wonderful days of grad school.  Paul Strohm has written a detailed and interesting look at London inhabited by Geoffrey Chaucer in the late 14th century.  Chaucer’s Tale: 1386 and the Road to Canterbury sheds some light on the gaps in Chaucer’s life story.

Paul Strohm has been the J.R.R. Tolkien Professor of English at Oxford University and Garbedian Professor of the Humanities at Columbia University.  He has written several books on the period and he divides his time between New York, and Oxford, England.

While there are large gaps in the details of Chaucer’s life, Strohm has painted the background of the city in which Chaucer lived, worked, and died.  Chaucer held several important positions as a trusted member of the extended family of King Edward III.  One post had him as a collector of revenue for the crucial wool market.  A large portion of the crown’s treasury came from this market.  The market was also riddled with corruption, theft, and palace intrigues.  Chaucer nimbly skated in an out of the danger surrounding him.  Strohm doesn’t know exactly how, but he surmises Chaucer looked the other way, and most likely did not participate in the corruption.  Strohm writes of Geoffrey’s patron, John of Gaunt, son of Edward III: “He was embroiled in the murky circumstances surrounding the slaying of the insurrectionary leader Wat Tyler at the peak of the Peasant’s Revolt in 1381 and earned a knighthood as a reward.  His no-holds-barred contests with mayoral adversary John Northhampton culminated in factional violence, Northhampton’s imprisonment, and an urban climate so poisoned by partisan rancor that as late as 1391 city authorities issued an ordinance ‘forbidding any one whatsoever to express opinions about Nicholas Bembre or John Northhampton, former mayors of the city, nor show any sign as to which of the two parties they favored’” (111).  Sounds a little familiar. 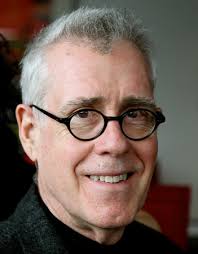 I particularly liked the descriptions of the city, some of which amazed me at the level of filth, garbage, and waste poured into the Thames and other cities.  The description of Chaucer’s tiny residence at “Aldgate, the eastern most and busiest of the city’s seven gates.  There, literally under his feet, passed royal and religious processions, spectacles of public humiliation, expelled convicts and sanctuary seekers, provisioners and trash haulers with iron-wheeled carts and vans drovers, water and wood sellers, traders with Baltic and northern European luxuries, runaway serfs, Essex rebels flowing in on their way to burn Gaunt’s Savoy Palace in 1381 and all the rest of a busy city’s shifting populace … Surely no residence more fitting could be imagined for a poet whose subject was soon to become, as Dryden put it, ‘God’s plenty’” (49).

The longest and most detailed of Paul Strohm’s chapters involved the wool market.  I guess he felt it necessary to provide an enormous amount of detail – bordering on tedium.  After a while, I had lost track of the tangled corruption going on, and I skimmed a few pages.  However, Chaucer’s Tale: 1386 and the Road to Canterbury proved overall as and excellent addition to my library on the middle ages.  4-1/2 stars