Philip Roth wrote that “The great Edna O’Brien has written her masterpiece.”  As an admirer of Roth, I take his opinion as of high value.  O’Brien is a recent discovery for me, and her first, and most well-known novel The Country Girls, set me on a path to making her one of my favorites.  Her latest novel, The Little Red Chairs, tells the story of the genocide which occurred following the breakup of Yugoslavia, which came into existence in the aftermath of World War I.  It was invaded by the Axis powers in 1941.  The monarchy was abolished in 1945.  The country was broken up into 6 independent provinces, but old wounds were re-opened, and eventually a war broke out with one side utilizing ethnic cleansing on Muslim enemies.  In 1998 a siege of 1,425 days of Sarajevo by Bosnian Serb forces began.  On the twentieth anniversary of the siege, 11, 541 red chairs were laid out in rows on the high street.  Each chair represented a Sarajevan killed.  Six Hundred and forty three small chairs represented children killed by snipers and the heavy artillery fired on the city.  O’Brien’s novel, The Little Red Chairs, details the lives of individuals who escaped the bombardment, and one war criminal who left the city in secrecy and traveled to Ireland to avoid prosecution.

O’Brien begins her novel in a sweet, simple, and pleasing way. but one day, a mysterious stranger appeared.  She writes of, “the visitor’s card, with the name Dr. Vladimir Dragan, in black lettering, plus a host of degrees after it.  Further down, [it] read Healer and Sex Therapist” (9).  At first the townspeople were suspicious, but after a few women found relief for arthritis and other ailments of age, he became an accepted member of the community.  Finally, his true identity is revealed, and Dragan is arrested. 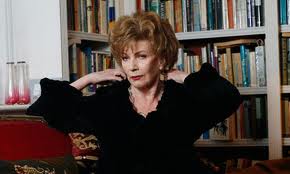 Part Two of the novel deals with the trial and the suffering recounted under Dragan.  Although his real identity was never revealed, many victims of his regime came forward to testify.  The actual man arrested and tried was Radovan Karadžić, and he fits many of the descriptions of Dragan.  I could not find any evidence that Karadžić ever visited Ireland.  Part Three actually details the trial at the International Court of Justice in The Hague.  When the prisoner is brought into the courtroom to confront the accused, O’Brien Writes, “When Vlad entered the trial chamber, she shook uncontrollably, as if he was someone come back from the dead.  Inconceivable that he was still alive, or had not descended into madness or infirmity.  But there he was, in a smart suit, a nondescript tie, courteous, disarming, still in possession of those insatiate powers that made him so feared.  His guard stood stock still behind him, girt around his waist a belt with a set of keys and a revolver and he seemed curiously roused as he gazed about.  From the corner of her eye, Fidelma saw how the four women seized the moment.  It was as if a sudden energy possessed them, an urgency, as they stared unequivocally into that trial chamber, making their abhorrence known.  He did not look out at the court and as he sat, one of his team, a young woman, crossed and whispered something to him, to which he gave a slight, affirmative smile” (259).

While part one did have an air of suspense, it did not compare to the horror stories some of the victims described in the final chapter.  As we must never forget the perpetrators of Holocaust, slavery, and all instances of genocide, we must add the “Beast of Bosnia” to the list.  5 stars.