Gunpowder Percy is the third of six novels I have read by Grace Tiffany.  Grace is a professor of Renaissance Literature at Western Michigan University.  All her novels are set in the Middle Ages or the Renaissance.  She lives in Kalamazoo, Michigan.  Her previous novels were interesting and required not much more than a passing interest in the time period.

The novel is set in the last years of the life of Queen Elizabeth I.  Even though nearly fifty years have passed since the break with the Roman Catholic Church, numerous members of the lower to middle nobility still rankle at the repression of Catholicism.  Many of the families hid Jesuit priests in their homes.  The men they hid had to be moved frequently because of gossip and rumors, which could quickly lead to a raid by “pursuant.”  The consequences of hiding a priest could be arrest, torture, seizure of land and titles and even death.  As the queen’s health began to falter, and her death seemed imminent, the succession to the throne became of vital importance.  The next in line was the son of Mary Queen of Scots, a catholic daughter of Henry VIII, but she had been executed by Elizabeth.  Her son, King James VI of Scotland became James I of England.  He was a protestant, and while he promised to relax prohibitions against the Catholics, when he was crowned, he did not keep his word.

Thomas Percy was related to the powerful Percy family, and achieved the status in the minor nobility.  Essentially, he was a debt collector for his patron, and his imposing figure and large sword – forbidden at the time – made him a powerful leader of a plot to kill James I and his family.  The aim of the plotters was to restore Catholicism in England. 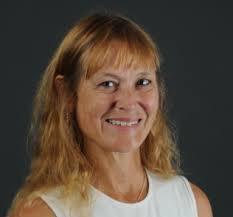 The novel starts off a bit slow, and the English spoken sounds a lot like the Elizabethan English of Shakespeare.  Thomas has an intense interest in the plays at the globe theater, and he makes several passing comments about a particularly talented poet.  After visiting a “play that man had written, wherein a vengeful son spoke to his father’s kingly ghost” (33), Tiffany writes, “Thomas’s mind turned its slow wheels, and finally the thought came clear.  It all fit together.  A play about Purgatory.  Essex, a playgoer, a friend to the Irish in Ireland so green, and to Catholics at home.  Fiery Hotspur, bold challenger of monarchs, whom the fat Falstaff pleased to call Gunpowder Percy, a corpse that might rise.  Did these strands not combine in a tapestry depicting one truth?  And that truth was that was that this playwright was one of the secret faithful, holding to the old religion of Hotspur’s time, two hundred years before!  Now, like the rest of them [Thomas] was biding his time” (33).

I have long been fascinated by the Tudor period, and Grace Tiffany’s excellent novel, Gunpowder Percy, will interest anyone with even a slight knowledge of English history.  5 stars.